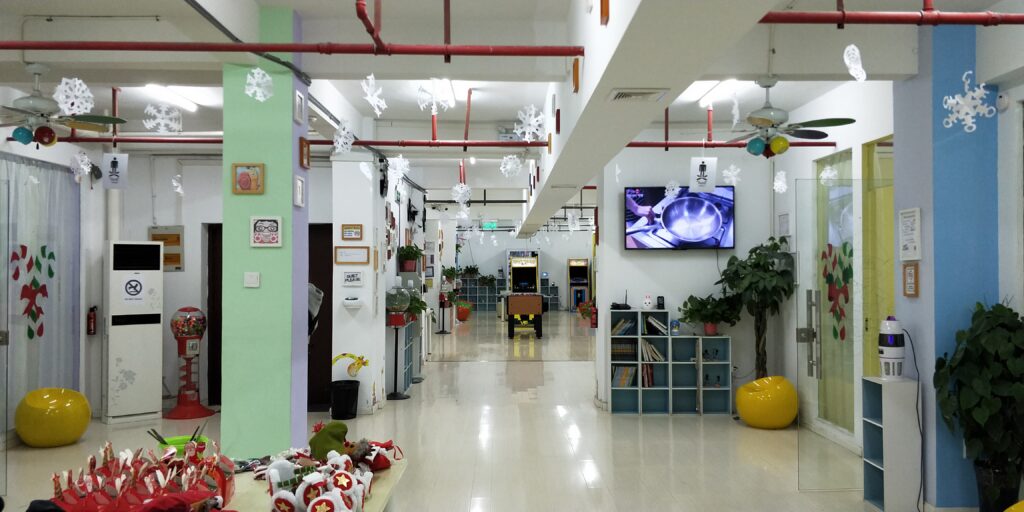 This step by step guide will teach you how to make SIX pointed paper snowflakes. Most people make (and most how-tos teach) snowflakes with four or eight points. Real snowflakes in nature form with six points (or occasionally three if they formed weird) so I choose to make my own with six points. I taught myself this technique in high school and have been making paper snowflakes around Christmas time ever since.

All you will need for this is paper and scissors. Some people like to use fancy paper, but I use plain white copy paper because somehow the simplicity of white is more beautiful to me. First, begin with a square piece of copy paper. I usually make two snowflakes for every 8.5″x11″ piece of paper, so I first cut the paper in half, and then make a square from each half. This makes a snowflake about 5″ across. If you’re just learning to make snowflakes, using a full piece of paper for each snowflake may be easier to practice with.

You can make a square from a rectangular piece of paper simply by folding one corner down to form an isosceles triangle (like the one in the next step) and trimming off the excess paper. Fold the square of paper diagonally to make a triangle. Fold this larger triangle in half to make a smaller triangle. Imagine the triangle in thirds, and fold the right third over, as shown. If you want to be precise and have a protractor, each “third” in this step is a 30 degree angle.

See the explanation above, from a worksheet I made up, which should help to explain folding in thirds a little better. Fold the left third over. Try to get all of the folds to line up as close as possible for the most symmetrical snowflake. Cut off the top of the paper at an angle. Make sure to cut if off so that all remaining layers of paper are equal. Cutting at an angle is what makes the points of the snowflake. Eventually, you’ll learn to cut at different angles to make snowflakes with points that are more or less sharp. This is where your imagination comes in. Begin cutting away from the sides of the paper. Usually, cutting small triangles from the sides is easiest, but don’t forget to try other shapes.
For this snowflake, I altered the top edge a little to make my points a different shape. I also cut out a piece with a “spiky” edge. Use your imagination!
I don’t use patterns for my snowflakes: I just cut as I go. My snowflakes are never the same because I don’t usually plan out my snowflakes. Sometimes I find a new cut or shape that I like, and I may use the same technique on a different snowflake, but I don’t copy the whole snowflake. Unfold the paper very carefully.
The snowflake will not lay flat right away, so I like to tuck them between the pages of a book for a while before displaying them. I have also ironed them (between two pieces of plain paper) to make them extra flat. Watch out though, because paper can get very hot to the touch when ironed (don’t use steam!) so be sure to let it cool for a second before handling the paper, and as always exercise caution to avoid fire and burns. Ironing them also seems to make them a tiny bit stiffer, which could be good if you want to hang them rather than tape them to a surface. 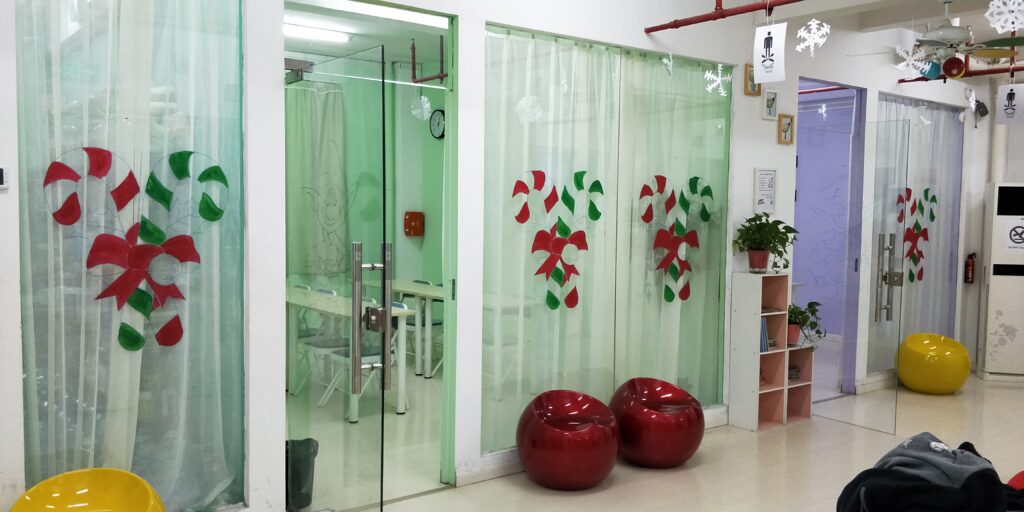 -Some people recommend using cuticle scissors so that you can make even more intricate snowflakes. I don’t like this for two reasons. First, cuticle scissors are not comfortable in your hand. A comfortable grip is essential. Second, it is possible to get too intricate. Too many tiny snips and not enough shaping will just make your snowflakes look like lace doilies.

-Snowflake experts recommend using tracing paper and an X-acto knife to make snowflakes, to make them even more delicate and more perfectly symmetrical. However, I still like plain paper and scissors, since those are things that anyone has and you can use them with kids.

-Some people like to use wrapping paper or other fancy paper to make their snowflakes. Use whatever you like to create the desired effect. I stick with plain white copy paper because somehow I get a lot of satisfaction from creating something so beautiful from something so ordinary.

-I usually make my snowflakes while sitting down on a couch or chair with a coffee table in front of me, and a small trash can between my knees. This way I can lean forward to fold the paper on the table, and then sit up and snip bits of paper into the trash can. This makes less mess.

-When folding, steps 4-5 are the hardest, when you have to try and estimate thirds. Often, you’ll fold the second third over, only to discover that it doesn’t line up exactly in thirds. You’ll have to unfold and refold until it’s as exact as you can get it. The closer to exact thirds you can get it, the more symmetrical your snowflake will be. As it is, the thickness of the paper and the amount of folding that you do will make it so that making a precisely symmetrical snowflake is almost impossible. This will be most obvious in the center of the snowflake: look at some of mine. The star in the middle of some is not perfectly symmetrical. It happens. Real snowflakes have defects too, so don’t worry about it.

-Avoid what I call “blank space”. This is when you’re cutting your snowflake in Step 7, and you leave behind big spaces of blank paper in your snowflake. Generally, anything thicker than 1/4th of an inch gets cut down into a thinner line, or by decorated it in some way (like by making tiny triangle snips all along the edge to give it “teeth”). Otherwise, when you open your snowflake, it will have thick, clunky lines instead of nice delicate ones. Sometimes thicker lines do create a different effect when contrasted with thinner lines, but use sparingly.

-A tiny piece of double-sided tape behind each point is a good way to stick them to a surface. I love to put mine on windows so that they’re visible from inside and out. They show up beautifully at night against the dark glass.

-These can be hung from the ceiling, but be careful because they are delicate. It may be wise to cut some with thicker lines for support (imagine making a skeleton for the snowflake: thicker lines for structure surrounded by the delicate parts for show) if you want to hang them. White or invisible thread, or fishing line, works great.

-Use your practice snowflakes to decorate gifts instead of a bow. I like taping a single snowflake to a gift, and then putting a plain gift tag on top of it. The lacy looking snowflake makes a pretty backdrop for the tag.

-Save the end scraps of paper from when you cut the original sheet of paper into a square. Use these little pieces to make tiny simple snowflakes that you can place around your larger snowflakes when decorating. This makes a “sprinkle” effect that looks wonderful, and you can fill more space without using up all your larger snowflakes. I didn’t discover this idea until after the picture above was taken. If you do want to try and copy a snowflake that you see, or at least get an idea of how to make one similar, try to visualize the slice of the snowflake that represents the completely folded paper. This is one slice out of twelve symmetrical slices. It will be a line that cuts through the middle of one point, and intersects with a line cut though the middle of the “valley” between it and the adjacent point. If it makes it easier, pretend that the snowflake is a clock and the lines you’re imagining are the hands when it’s one o’clock. See picture.

This slice of the snowflake shows what your cuts should look like if you want a snowflake that looks like this. It may be easier to visualize if you look at the black (cut out) spaces and think about those shapes being cut away. This is how you can make a “template”, in a way, based on snowflakes that you see. From time to time I try and copy a real snowflake that I see in a book or online. It’s impossible to copy an actual snow crystal exactly because they’re simply too intricate, they’re 3-D, and some parts of the snowflake are attached with a layer of ice so thin that it looks invisible…..if you tried to copy one exactly, it would fall apart. However, you can still try to mimic the form of a real snowflake.

Real snowflakes often have large areas of “blank space” that don’t look very good when rendered in paper. A flip through a snowflake photography book shows that quite a few snowflakes form as just a simple hexagon with few details. If the snowflake you’re copying has a lot of blank space, embellish it anyway. Since it can’t be an exact replica, it might as well be pretty!

Basically, just use the technique from step 10. Imagine the how a real snowflake would look if it were a slice of a pie. Think of the clock hands at 1 o’clock.

Above are two examples of snowflakes that I’ve tried to replicate. I’ve added a second view of each with the “slice” highlighted.