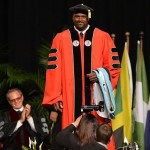 When Shaquille O’neal was drafted into the NBA, he spent the first million that he earned within 30 minutes. O’neal then received a phone call from his banker, who scolded him, and told him that he would end up joining the list of former athletes who ended up broke if the current trend continued. O’neal […]